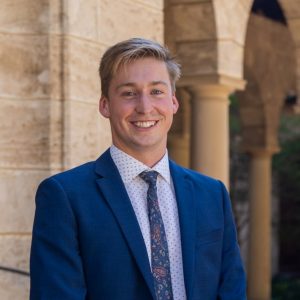 Max is from Perth, Australia where his main hobbies included surf ironman, baking cookies for his beach patrol team, and watching Rupaul’s Drag Race with his two cats. In 2020, Max undertook his honours project in Statistics at the University of Western Australia. His project involved the modelling of offshore wind measurements on Australia’s North-West Shelf and was underpinned by Bayesian statistics and Markov chain Monte Carlo methods. Max is most interested in applied statistics, and in the long run, would like to use statistics and/or machine learning to address societal or environmental challenges. Having been involved in not-for-profit organisations throughout his undergraduate degree, Max is hoping to find a research and career pathway through which he has a positive impact. 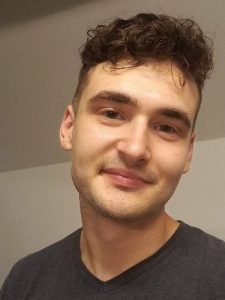 Before moving to the UK for his undergraduate studies, Alex grew up in Romania. He obtained his integrated masters in Mathematics and Computer Science from the University of Oxford. For the last part of his degree, Alex focused on computational and statistical machine learning theory, having written his Masters’ thesis on equivalence and exact learning of a new type of weighted automata. Alex has also been a research intern at IST Austria during the last two summers, working on adversarial multi-source learning and two-sample testing, respectively. At StatML, he hopes to continue exploring similar topics, with a higher emphasis on the statistical aspects. 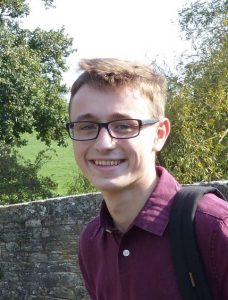 Joe, originally from London, completed his undergraduate and masters in mathematics and the University of Cambridge. During his final year, he specialised in statistics and probability theory, with a particular interest in stochastic processes and Monte Carlo methods. He joins the CDT in Oxford planning to study Optimal Transport and the Schrodinger problem and their application to Bayesian methods.

Previously, Joe has worked as a research assistant at the Center for Human-Compatible AI in Berkeley, and in the University of Cambridge’s maths department, and also in quantitative trading. In his spare time, Joe is a keen runner and player of ultimate frisbee.

Yu completed her BSc in Statistics at Anhui University and University of Manchester. Following this, she graduated from Imperial College London with a masters’ degree in Statistics. Her dissertation was focused on infectious disease modelling by utilising mobility data to understand the spread of COVID-19. 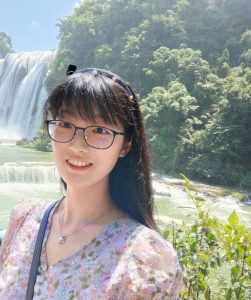 At StatML, Yu will be working on the analysis of large-scale mobility data and using Bayesian models to implement the mobility COVID-19 infection model to address the urgent crisis in public health and medicine. She is keen to learn more on combining the latest statistical methods and practical experience in epidemiology. Aside from Statistics, Yu enjoys painting, dancing and playing table tennis. 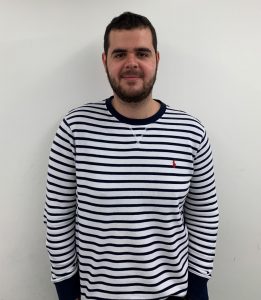 mios is originally from Cyprus and studied Mathematics for his bachelor’s degree at Imperial College London. He then joined the MSc Statistics at Imperial, pursuing the Data Science stream. Efthymios’s masters project involved clustering for data of mixed type using distance-based clustering methods. His main interests in Statistics include machine learning, dimensionality reduction techniques for high-dimensional data and Monte Carlo simulation methods, amongst others. In his free time, Efthymios also enjoys listening to music, as well as watching and playing tennis. At StatML, he hopes to explore many other areas of Statistics that he has not yet concerned himself with in the past, as well as learn about the applications of statistics in several areas, such as in finance and healthcare. 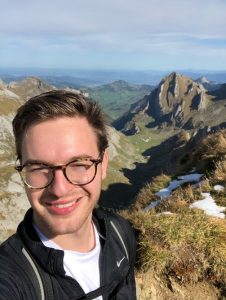 Fabio is originally from Switzerland but has lived in the UK for the majority of his life. He completed his BSc in Mathematics at the University of Bath and his MSc in Statistics at Imperial College London. His dissertation at Imperial looked at Bayesian and neural network approaches for detecting SNP-SNP interactions. Between his BSc and MSc, Fabio also worked as a data scientist in London. As a StatML student, his research will focus on statistical genetics and predictive medicine.  He will be supervised by Dr Marina Evangelou. In his spare time, Fabio can be found on a mountain or socialising with friends. 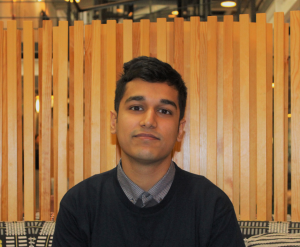 Following his Masters, Shahriah was a Data Scientist at the Competition and Markets Authority and worked on Fraud detection and Anomaly detection in Networks. He also worked as a Statistician at Lubrizol, developing clustering methods for chemical phenomena. 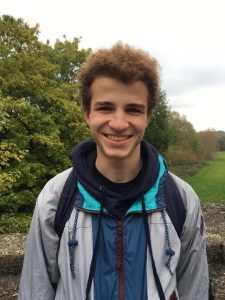 Emmeran grew up in France to a French mother and British father. He completed his undergraduate at Imperial College in Mathematics before moving to Oxford for his Masters in Statistical Sciences. During his Masters, he developed particular interests for Bayesian methods and the theoretical side of Statistics. He worked on an applied dissertation using deep learning methods to study the playing styles of teams in football. At the StatML CDT, he will work on Bayesian models and Monte Carlo methods. In his spare time, Emmeran is a fervent sports enthusiast with a particular passion for running and football. 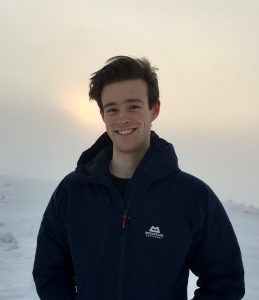 Angus grew up in Scotland before moving to London where he studied for a BSc in Mathematics at Imperial, specialising in statistics in his final year. He then joined Oxford on the MSc in Statistical Science, where he wrote his dissertation on PAC-Bayesian bounds for model selection in probabilistic neural networks. While on the CDT, he hopes to develop his knowledge of Bayesian statistics and Bayesian/probabilistic approaches to machine learning. He enjoys working on theory with clear practical applications and hopes his work on the CDT can help bridge gaps between theory and applications. In his spare time Angus is a keen road cyclist with aspirations of competing for the university at Varsity, and he has recently taken up playing the bagpipes. 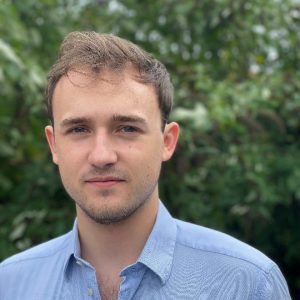 Henry is originally from Florence and completed his MSci in Mathematics at Imperial College London in 2021. During his studies he mainly focused on probability, statistics, machine learning and stochastic analysis, as well as mathematical physics and computational mathematics. In his thesis, titled “Astronomical Cross-matching of Binary Black Hole Mergers using Bayesian Inference”, he used Bayesian Methods to develop a mathematical framework for determining whether gravitational waves originating from super-massive binary black hole mergers could be matched with electromagnetic flashes. While at StatML, Henry hopes to explore Bayesian Statistics, Time Series, Artificial Intelligence and Machine Learning further, as well as their applications to Physics. Outside of academia, Henry enjoys playing sports such as tennis and padel, long-distance running and playing the piano. 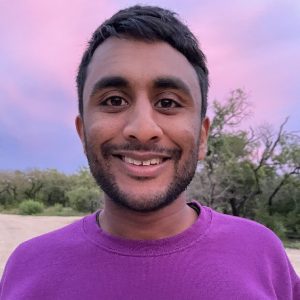 Vik is from the United States and holds degrees in mathematics and economics from The University of Texas at Austin. Following internships in the software and public policy sectors as a student, he spent two years as a forensic data analyst at a consultancy that partnered with U.S. government agencies to investigate and prosecute financial crimes such as securities fraud and tax evasion. As part of the StatML CDT, his research interests include causal inference and Bayesian statistics, and their applications to impactful problems in the biomedical and social sciences. In his free time, Vik’s hobbies include football, chess, science fiction, and baking. 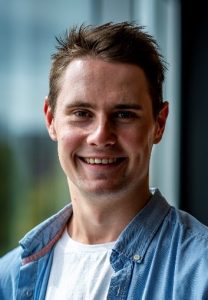 Nic completed his undergraduate in Statistics and Computational Finance, and his honours in Applied Mathematics, at the University of Canterbury in New Zealand. He also studied statistics while on exchange to National University of Singapore. His research project, completed in 2019, was focussed on mathematical modelling of contagions.

Following this, Nic worked as a research assistant with University of Auckland and Te Pūnaha Matatini on real-time COVID-19 modelling. This involved both statistical and mathematical modelling, as well as communicating results with policymakers and journalists. As a StatML student, Nic hopes to utilise modern statistical techniques to better understand the spread of infectious diseases. 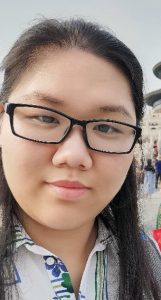 Qiquan was born in Beijing, China, and grew up in London, UK. She studied an integrated master’s in mathematics at Imperial College London. During her studies, her main interest was in statistics and data science. Her dissertation titled “Adding dependence to the Glicko-2 ranking method” explored extensions and approximations of the Glicko-2 Bayesian model in the application of player rankings in Tennis. As a StatML CDT student, she hopes to enhance her understandings of modern statistical methods, theory, and applications, also explore Topological Data Analysis with machine learning in biomedical applications. Outside of studies, Qiquan enjoys volunteering, languages and anime. 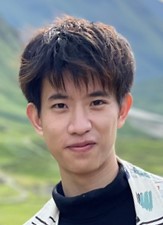 Yijin obtained his BA at Beijing Institute of Technology, where he mainly studied analysis, algebra, partial differential equation, and started getting interested in data science. In 2020, Yijin moved to Imperial College London studying Statistics. During his study for his MSc at Imperial, he developed particular interests in non-parametric inference and computational statistics. In his MSc project, he investigated the utility of Wasserstein metric in two-sample test and compare the Wasserstein metric with other probability metrics. At StatML, Yijin will be working on Change Point Detection with his supervisor Dean Bodenham and Niall Adams. In his spare time, Yijin enjoys sports and music.

Details on how to apply can be found on the Admissions page.